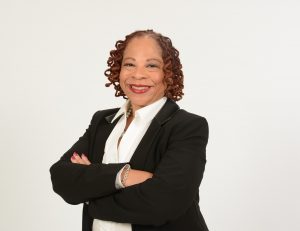 With more than 5,000 partners helping to boost Xerox’s global annual sales to $11 billion, it’s hard to imagine that the enterprise operated anything less than a well-run channel program.

But when the company determined that the small and midsize business segment represented a significant opportunity for growth – and that 75% of the overall market in the US and Europe was served by the indirect channel – it recognized that its massive partner organization was in need of an overhaul.

As Aqua Porter, Xerox VP of business transformation for global channel operations, explained last month at the SiriusDecisions Summit Europe, righting the company’s partner organization was never thought to be an easy task.

But to make Xerox a “world class end-to-end channels company” – that was the goal set by chief commercial officer Kevin Warren – it soon became apparent that a very big fix would be required.

Like a lot of large companies, Xerox’s partner network had grown into a massive, disjointed maze of programs and supporting technologies. As Porter explained during her presentation, Xerox had:

Partners complained that the company was “too difficult to do business with.” Employees said they lacked access “to the information we need to do our best.” And management worried that it did not have visibility to partner performance.

It was clear that for Xerox to become a world class end-to-end channels company, a major overhaul of the systems it used to support its partners would be required.

‘Pry Up The Floorboards’

For many companies, coming to that decision is not easy, said Dave R. Taylor, chief marketing officer at Impartner, the supplier of the PRM solution that Xerox selected as the foundation of its new partner platform.

“So often in our sales process, we run into large corporations who are incredibly hungry to have the precise control and insight our PRM solutions can bring to their channel,” explained Taylor in a published statement. But their buyers often lack confidence that their companies will indeed be willing “to ‘pry up the floorboards’ of their organization’s structure and technology base the way they need to, to make sure they are contemporary in the way they go to market.”

Even though senior management at Xerox understood that modernizing its channel infrastructure would require a major investment in technology, the challenges that Porter faced weren’t insignificant. For example, Xerox management wasn’t convinced of the greater value that a PRM solution, combined with CRM technology, could provide. “The path forward wasn’t always smooth,” said Porter. “CRM was thought to be sufficient to meet the needs of the partner organization,” she said. Frequent discussions were required, to educate executive sponsors on the difference between purpose-built PRM and CRM, and the need for both.

After a review of several partner technology providers, Xerox selected Impartner. During her presentation, Porter explained that Imparter’s solution met Xerox’s requirements for a solution that featured a thoughtful design that would deliver a great partner experience. The modular solution was highly configurable and could be implemented at a speed that supported the project’s aggressive timeline. Impartner’s Saas model provides the flexibility Xerox wanted to address future requirements. And it liked Impartner’s dedicated account management and support model.

Impartner also provided Xerox with broad insight into the best practices other companies were using to enhance their partner programs. “Its experience was very helpful in understanding better what partners expect from vendors,” said Porter.

Getting Past The Bumps And Bruises

With the clout of three senior executives, Porter established a virtual team of 100 people working in five different time zones on multiple work streams. The project, which is now almost two years running, had the usual list of “bumps and bruises,” said Porter during her presentation. For example:

Still, significant achievements have been recorded. Xerox has trimmed the number of partner portals to three – one each for the US, Europe and Canada – supporting 18 languages in 21 countries. The system is supporting almost 14,000 activated partner members and recording 50,000 unique logins each month with 78% return visits. Partners are viewing 200,000 pages each month.

And as a result of making it easier to work with Xerox, new partners are signing to sell and service Xerox products, said Porter.

At the end of her presentation, Porter offered these tips to any channel executives planning to update their program:

“Xerox is a shining example that no matter how big or complex your organization, reinvention is always necessary to stay ahead of the game,” said Impartner’s Taylor. “With a clear vision for what the future should look like both in terms of the organization and technology, transformation is possible.”